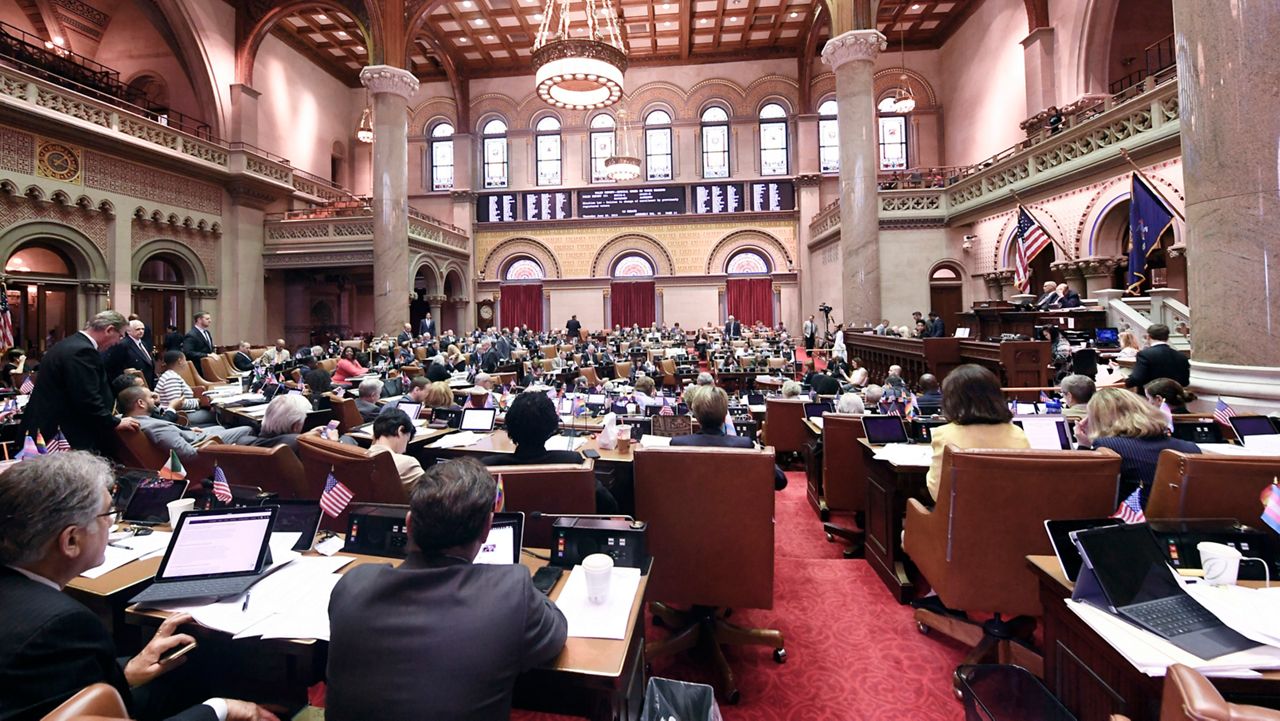 The Lean Wolf of Wall Street: Legislature Looks to Increase Taxes on the Wealthy

The NYS Senate and Assembly passed their one house budgets on Monday, each proposing more than $200 billion in spending.

These one house budgets will not be finalized as is, but if enacted would be one of the largest spending plans in New York’s history.

To put it in perspective, California’s state budget for 2020-2021 was $202.1 billion and California has nearly double the population.

"Never in my six years in the Assembly has it been this close, so I think it sends a clear message of where the legislature is and we hope the governor agrees with us," Speaker Heastie said Monday.

- Marijuana Legalization should be happening this week
- says in his 6 years never has the Assembly and Senate one house bills been so similar pic.twitter.com/78JIebm7Qd

When it comes to raising taxes on the wealthy, both houses are proposing increasing personal income tax rates for the next three years and creating two new tax brackets.

For single filers making more than $5 million, but less than $25 million, and couples who make more than $10 million or less than $50 million, income tax rate would be 10.85 percent.

If adopted, this would make New York’s personal income tax rate the highest in the country.

Patrick Orecki, from the Citizens Budget Commission, said this is also much higher than Cuomo’s increased tax proposal.

"The state’s tax base is already very dependent on high-income earners," Orecki said. "The state, already without these proposals, has some of the highest tax rates on personal income taxes and on corporate taxes in the country. So the question is also whether individuals and businesses that would be subject to these higher taxes have an even greater incentive to move to a different taxing jurisdiction."

The Legislature is also proposing a 1 percent surcharge on income from capital gains for those who earn more than $1 million annually.

Both the Senate and Assembly’s proposals would generate a little over $7 billion in revenue.

These new taxes are still short of what many progressive groups are pushing for.

"We’ve been asking for $50 billion, and without tens of billions of dollars in new progressive annual revenue, it’s going to be really hard not only to crawl out of the debt hole that we have been in, but to finally build a state that allows us to really thrive," Rebecca Bailin, campaign manager with Invest in Our New York Campaign, explained.

Left out of the budget proposals this year was a bill to legalize recreational marijuana.

Speaker Heastie said a deal could be reached as soon as this week.

Both budget bills were passed on Monday. The next step is lawmakers and the governor now have less than 16 days to reach a finalized budget deal.