More than a dozen "pop-up" sites for vaccinations will be put in place around New York in the coming days, Gov. Andrew Cuomo announced Wednesday.

The sites will be in multiple cities — in Albany, Rochester, and Buffalo — as the state seeks to target communities deemed "socially vulnerable" to ensure equal disbursement of the COVID-19 vaccine.

Among those sites are the Kodak Hawkeye in Rochester and the Washington Avenue Armory in Albany.

"The Washington Avenue Armory is proud to be part of this historic effort to vaccinate New York State from COVID-19. With our legacy as a former New York National Guard armory, the Armory is ready to serve the Empire State in its time of need," said a statement issued by the facility's management.

"The Armory's location right in Downtown Albany is accessible by public transit and walkable from many of Albany's neighborhoods, making for an ideal central location for socially vulnerable communities as noted by Governor Cuomo. Thanks to both his administration and the federal government for their partnership in hosting this important public health mission at the Armory." 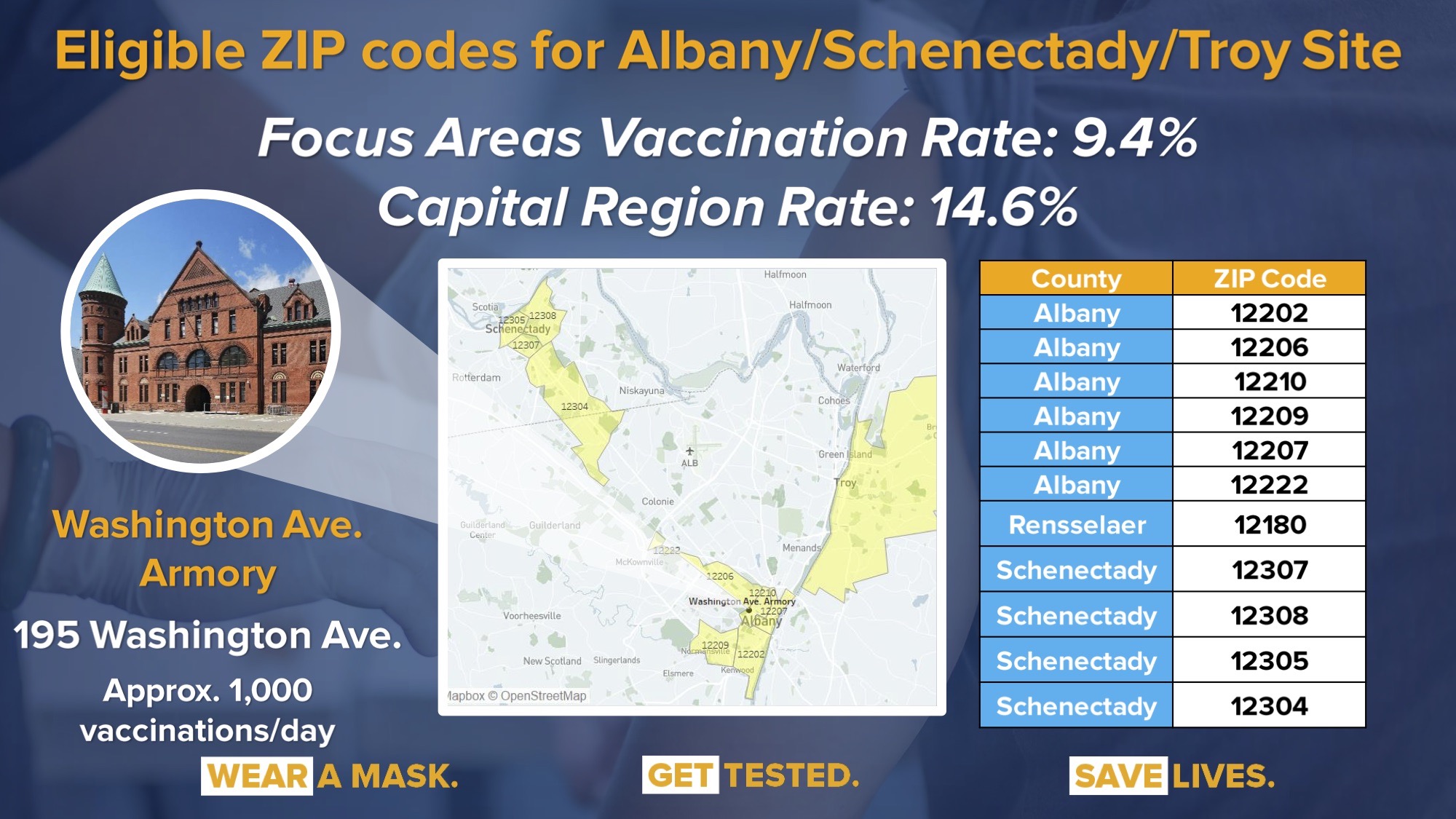 The seven-day COVID positive rate in the state out of hundreds of thousands of tests now stands at 3.6%, the lowest since Nov. 28, and 109 people have died in the last 24 hours. Hospitalizations also decreased by 46 people.

Meanwhile, New York has administered more than 3.3 million total doses since December. Of those, 2.2 million are first doses of the two-shot regimen.

Supply still remains an issue, as President Joe Biden has pledged enough doses for vaccinations by the summer.

Cuomo, meanwhile, said the winter storms in parts of the United States may hamper the distribution of some vaccine doses to New York this week.