It's an election year like no other and New Yorkers this year plan to make their voices heard at the ballot box in a variety of ways.

And an exclusive Spectrum New/Ipsos poll found 75% of New Yorkers surveyed plan to cast a vote this year. But how will they do it?

Heightened interest in absentee balloting, likely due to the pandemic, has some good-government advocates on edge. After all, in many elections absentee ballots usually count for about 4% of all the votes cast.

"That's a huge increase," said Jennifer Wilson of the League of Women Voters. "And where we'll see is it in the back end of counting these absentee ballots after Election Day and a delay in counting some really important races this year."

New York has made it easier to vote by absentee this year by essentially ending the excuse for receiving one. It's a change Wilson hopes sticks around even after the pandemic is over, but will need an amendment to the state's constitution.

"That would take care a lot of the issues we had to deal with this year to actually prepare voters to actually have the opportunity to vote by absentee ballot," she said.

But what about ensuring absentee ballots are actually counted? The poll found 57% of New Yorkers expect absentee votes will get counted, while 36% are not so confident.

And that goes to a much broader issue that we're facing this election cycle: The integrity of conducting an election amid a pandemic. The election system is facing a major test, said Blair Horner of the New York Public Interest Research Group. 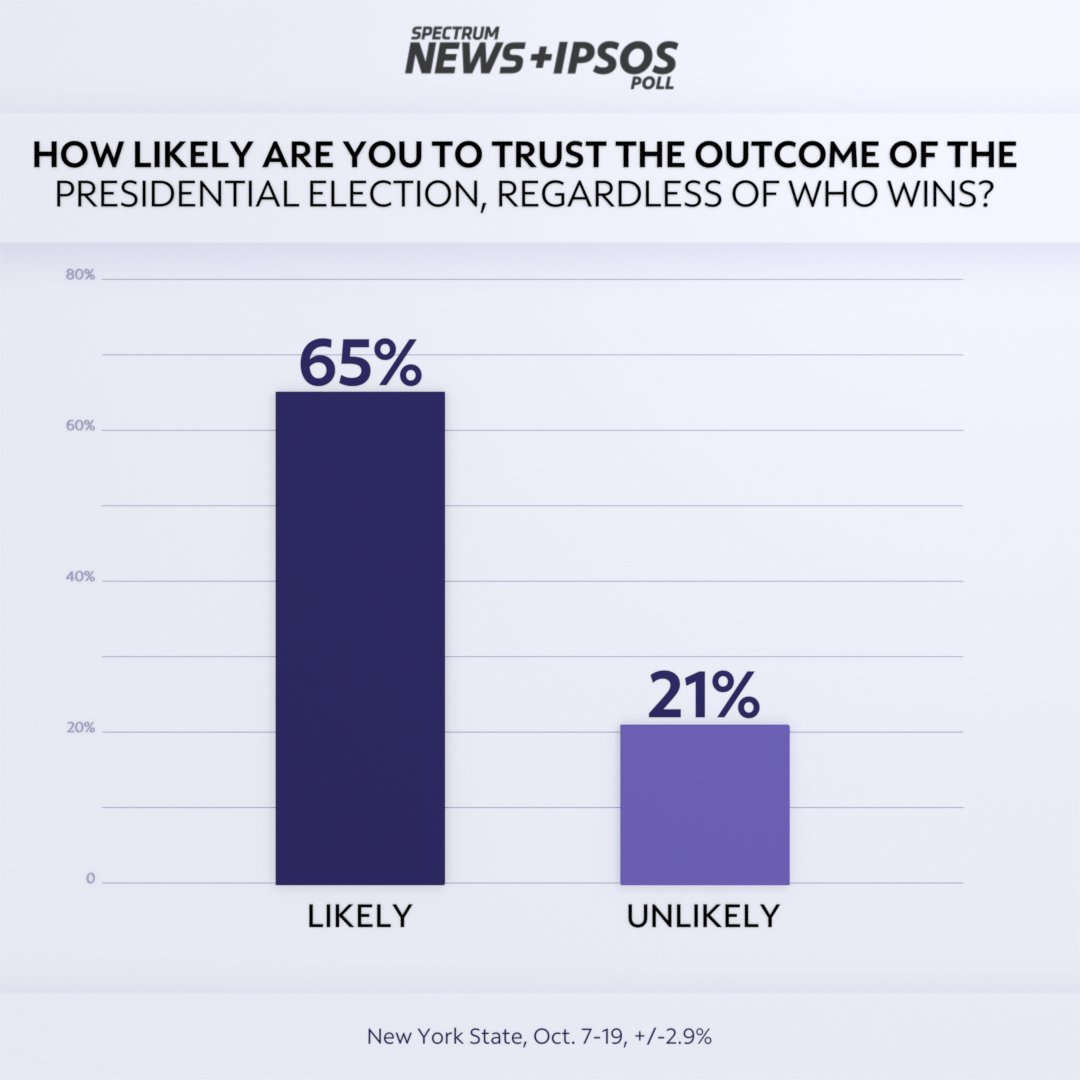 "It's going to be a handful to deal with it because the last time we had elections on this scale and this type of pandemic was 100 years ago and that was before women at the right to vote nationwide," he said. "So it's a different ball game entirely."

Early voting begins on Saturday; absentee ballots can be mailed or dropped off in-person to the local county Board of Elections.