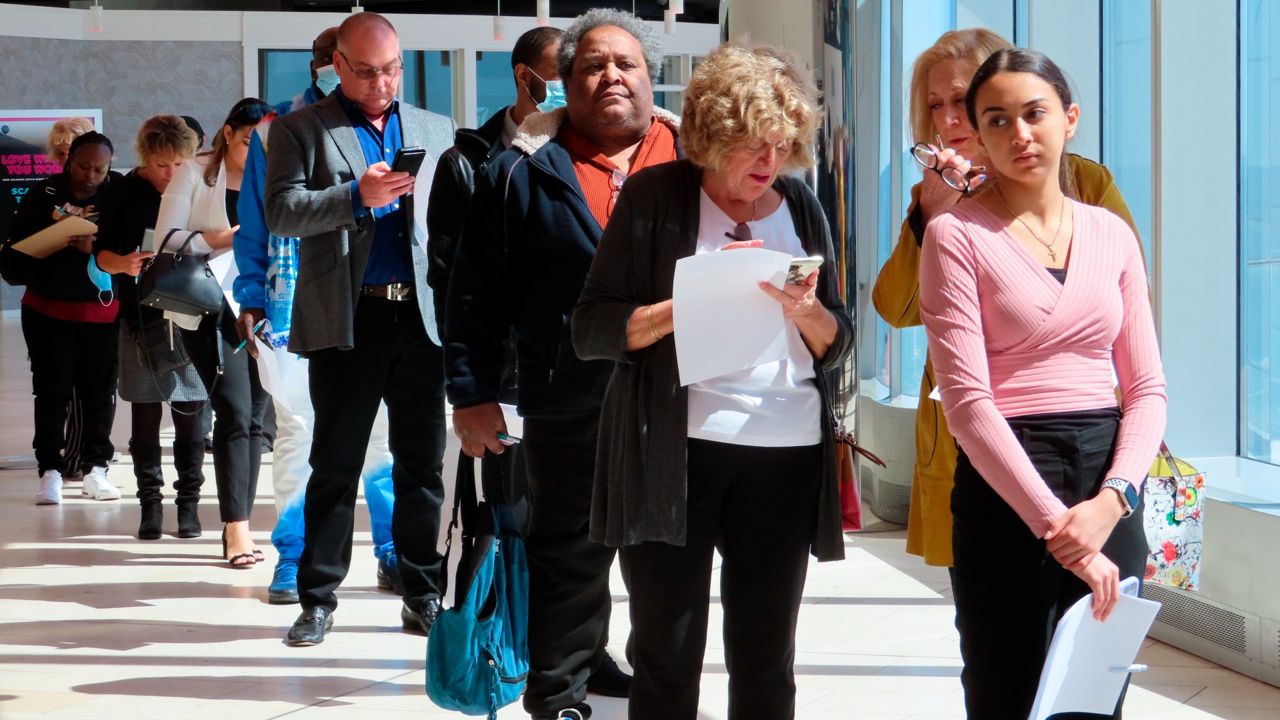 State Department of Labor Commissioner Roberta Reardon last week took issue with the $11 billion figure the comptroller’s office estimated had been lost to fraud in the state.

“Eleven billion dollars is a grossly exaggerated figure,” she told Capital Tonight. “They (the Office of the State Comptroller) used a methodology that is actually out of date.”

Instead, Reardon estimated the number was closer to $4 billion, but stated she couldn’t provide any data backing up the estimate because unemployment insurance information is protected by federal law.

Regardless of whether the number lost to fraud is $11 billion or $4 billion, Peter Warren, director of research at the Empire Center, claims the higher payroll taxes New York businesses are now paying are due, in part, to fraudulent payments made by the Department of Labor (DOL).

“They’ve been telling us over the past year that those payments are crushing, right? They are on average, paying more than $200 per employee more than they were prior to the pandemic,” Wilcox said. “And that number is going up just about every month as we continue to have a balance on the amount of money that we owe to the federal government.”

According to Peter Brancato, associate commissioner for strategic communications for DOL, “On an average, employers across New York State saw an increase of about $130 an employee. Some employers may pay more depending on how many layoffs they made and how many former employees collected benefits.”

New York state is still on the hook for paying back $8.1 billion to the U.S. Department of Labor. Wilcox places blame for the fraud squarely on the Department of Labor’s negligence. He claims the agency failed to update its computer systems, even after two reports by the state Comptroller’s office warned about them.

“Look, if you took the time…to read the comptroller’s report on the UI systems that were in place at the time of the pandemic, you would know that one of the problems that the Department of Labor faced is an inability to accurately assess who was getting paid, or who should be getting paid,” Wilcox said. “Updates weren’t made to the system despite warnings in 2010 and 2015.”

Asked about Reardon’s $4 billion estimate, Wilcox said he was skeptical.

According to the audit released by the comptroller’s office in 2022, “The state Department of Labor’s antiquated UI system was ill-equipped to handle the challenges posed by the extraordinary demand caused by the pandemic for unemployment benefits and more lenient federal eligibility requirements.”

Wilcox and other business leaders are calling for legislative hearings on the fraud, as well as a plan to repay businesses.