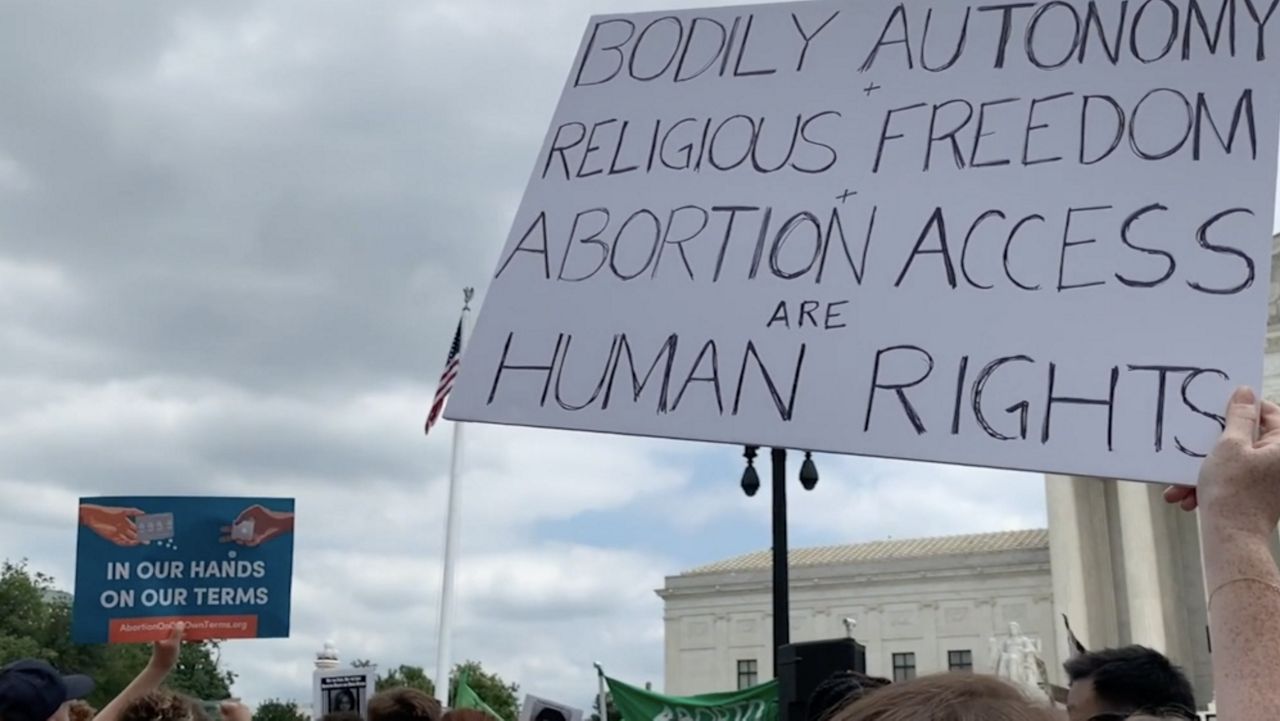 Control of the House of Representatives could come down to what happens in New York’s Hudson Valley, where three critical congressional seats are up for grabs this fall.

Democrats are making abortion access central to their messaging, a strategy they believe helped them secure victory last month in a special election for an open congressional seat there.

In the contest for New York’s 19th district, Democrat Pat Ryan bested Republican Marc Molinaro. Ryan made abortion access a central issue in the race, which came on the heels of the Supreme Court overturning Roe v. Wade.

“We stood up and said when abortion rights, reproductive rights are ripped away, that goes against shared American values of freedom and choice. That was clearly a winning message in the special election,” Ryan said in an interview.

And that is a message Democrats are now replicating across the Hudson Valley.

The Democratic candidates there — Josh Riley in the 19th district, Ryan in the 18th district and Sean Patrick Maloney in the 17th district — are repeatedly hitting their Republican rivals on abortion rights.

Riley, for instance, frequently tweets about abortion access, in some cases describing Molinaro, his Republican rival this fall, as having “extremist views.”

Maloney, meanwhile, has a section on his website devoted to chronicling his Republican challenger’s record on abortion issues as an assemblyman, including on legislation dealing with legal protections for doctors.

“We lost 50 years of guaranteed constitutionally protected reproductive freedom, the MAGA Republicans ripped it away, and voters aren't going to stand for it,” Maloney said in an interview.

“Mark Molinaro is not like some sort of fire breather on abortion. But he ended up getting swept up in it, in part because it became such a focus on the campaign,” Kondik said.

Publicly, at least, the Republicans in these races do not share the same takeaways from the special election in the 19th Congressional District.

For instance, Mike Lawler, who is challenging Maloney, says inflation and crime will still be top of mind for voters. He also argues there is some nuance to Ryan’s victory in the special election.

Whether Republicans wanted it to be or not, though, abortion was back in the spotlight this week after South Carolina Republican Sen. Lindsey Graham rolled out a bill banning it nationally after 15 weeks with some exceptions.

Asked if he would vote for Graham’s proposal should it come before the House, Lawler said he is “not in favor of nationalizing this. I'm not in favor of having a national ban.”

“It will be a state-by-state issue,” he said, stressing he supports exceptions for rape, incest, and the health of the mother.

Molinaro’s team, asked about the bill, said the candidate believes “each state should decide this issue.”

Republican Colin Schmitt in the 18th district, meanwhile, did not respond to a request for comment in time for publication. However, in a separate statement, he described provisions of New York’s Reproductive Health Act as “radical.”