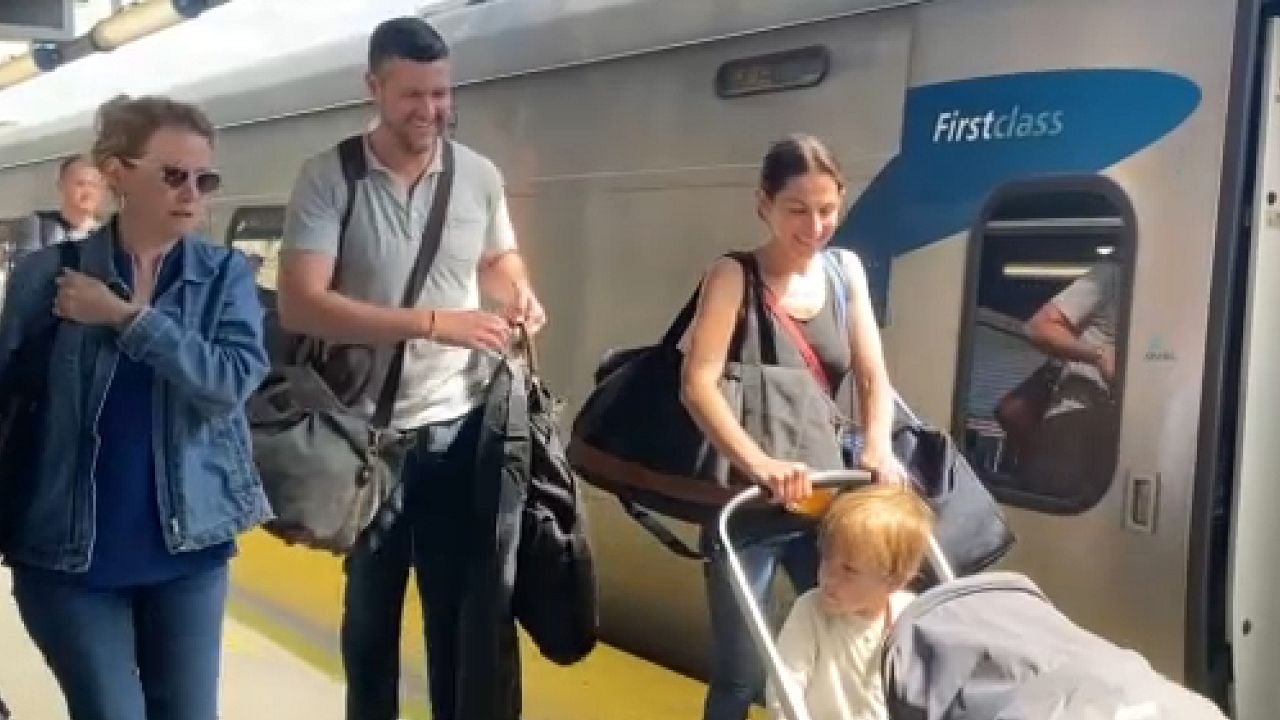 Rep. Pat Ryan in Washington: 'It’s starting to sink in'

Among the new members of Congress who were sworn in Tuesday was Pat Ryan, the recently elected congressman who represents New York’s 19th Congressional District.

On Tuesday, Ryan and his family traveled to Washington for his first official day on Capitol Hill.

Here’s a taste of what day one was like.

On any given day, thousands of people pass through the halls of Washington D.C.'s Union Station. Tuesday’s lunchtime train from upstate New York was packed with people coming to the nation’s capital, including one of the newest representatives in the House of Representatives, Pat Ryan, and his family.

While Ryan looked forward to the day's events, 3-year-old Theo was excited just to be there.

“They’re certainly not old enough today to appreciate it, but I hope I will be able to express to them even some, even just a sliver, of the pride that I feel,” Ryan said.

After a quick trip through Union Station, Ryan’s day on the hill got started.

“Actually, the kids were really good,” Ryan said. “We made it. We were on time, and it’s starting to sink in. It’s really humbling.”

The congressional orientation is traditionally compared to a first day of school — new classmates, new locations and new offices.

While it was a day of firsts, familiar faces were there to support him.

Watching from the wings and waiting to congratulate not just their congressman, but their nephew, were aunts that made the drive from Kingston that morning.