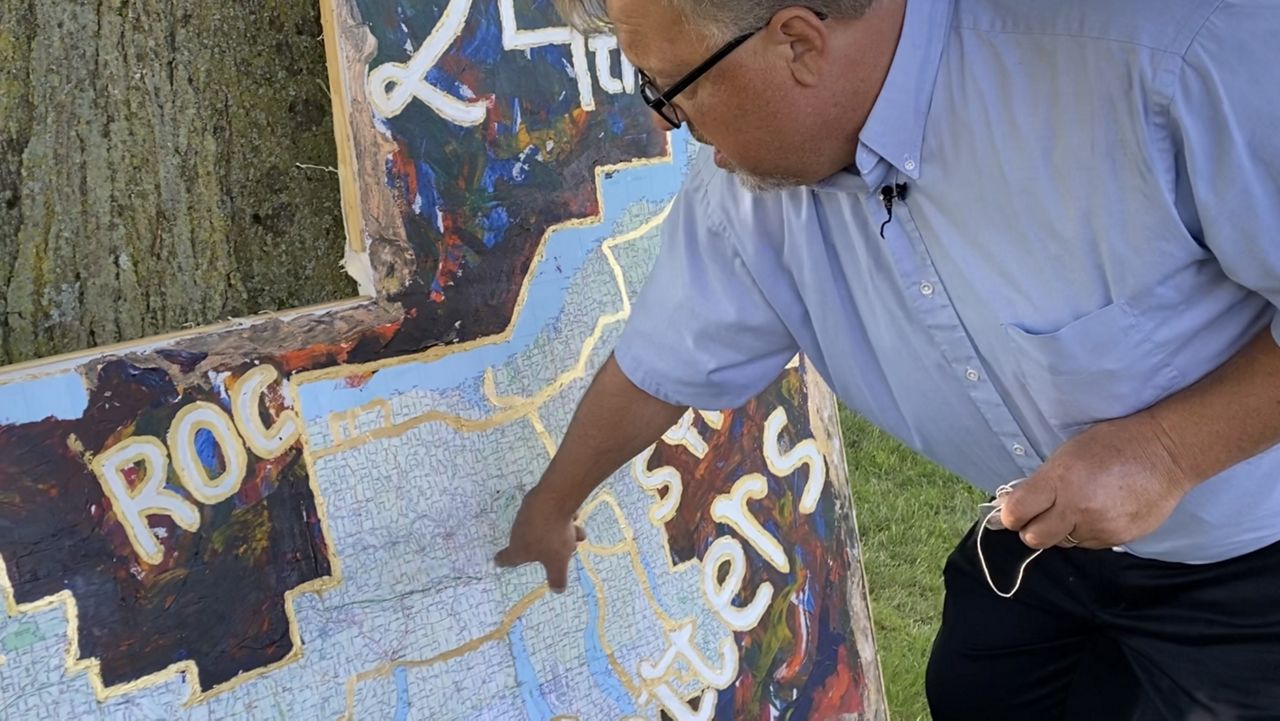 An Oswego man is going the extra mile to help residents of New York’s new 24th Congressional District familiarize themselves with its new borders.

Eric Olson traveled the district armed with large maps and artifacts intended to demonstrate the size and diversity of the district.

Olson said because he’s an educator and someone who enjoys creating art, there was certainly a creative element to the project, but there was also an element of civic duty in feeling like someone had to show people the implications of just how large the district is.

“It just did strike me how many apple trees there were in this district, along with woods and water,” he said of the journey. “Everyone who lives in this district now needs to wrap their head around how far spread out this is, and that you’re in the same political community with people that are a hundred miles away.” 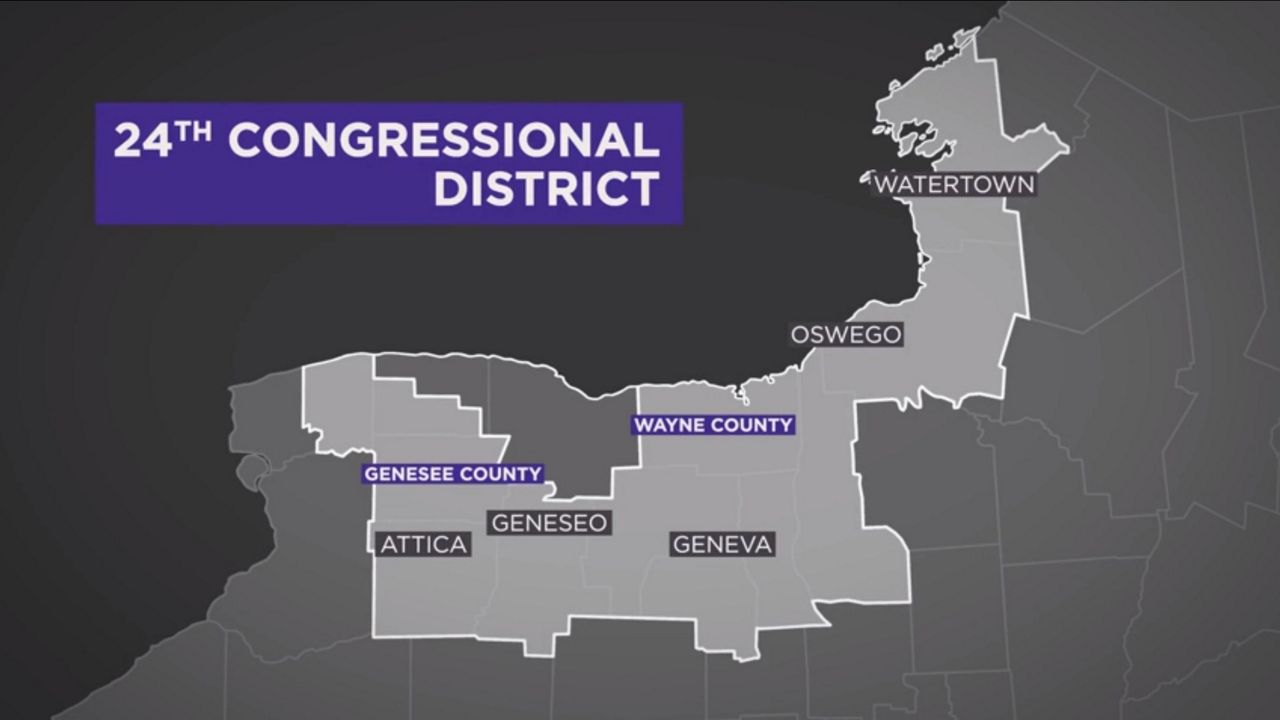 An associate professor for science education at SUNY Oswego, he spent the last week before classes traversing the sprawling and newly drawn district.

To demonstrate the massive size of the district, he brought out a map of the 12th Congressional District, made to scale with his map of the 24th. The 12th fit into the palm of his hand, while the 24th leaned up against a tree, the northern edge on the shores of Lake Ontario about five feet in the air.

“This is the 12th Congressional District; this is Midtown Manhattan. Both of these places have 770,000 people, and they probably can’t be more different,” he said while holding one map over the other.

He said one of the things that surprised him about the 700-mile journey was not only the fact that the district is about the size of the entire state of New Jersey, but the diverse group of more than 700,000 people whose interests are now in the hands of one single representative in Congress.

“I don’t know how much a person in Thousand Islands associates themselves with a person from Lockport, New York,” he said. “People are growing apples, people that are dairy producers are people that are concerned about water quality and water issues.”

“I’m interested to see whoever ends up representing this district and how they do that, how they answer that challenge of being making a congressional district where one didn’t exist before,” Olson said.