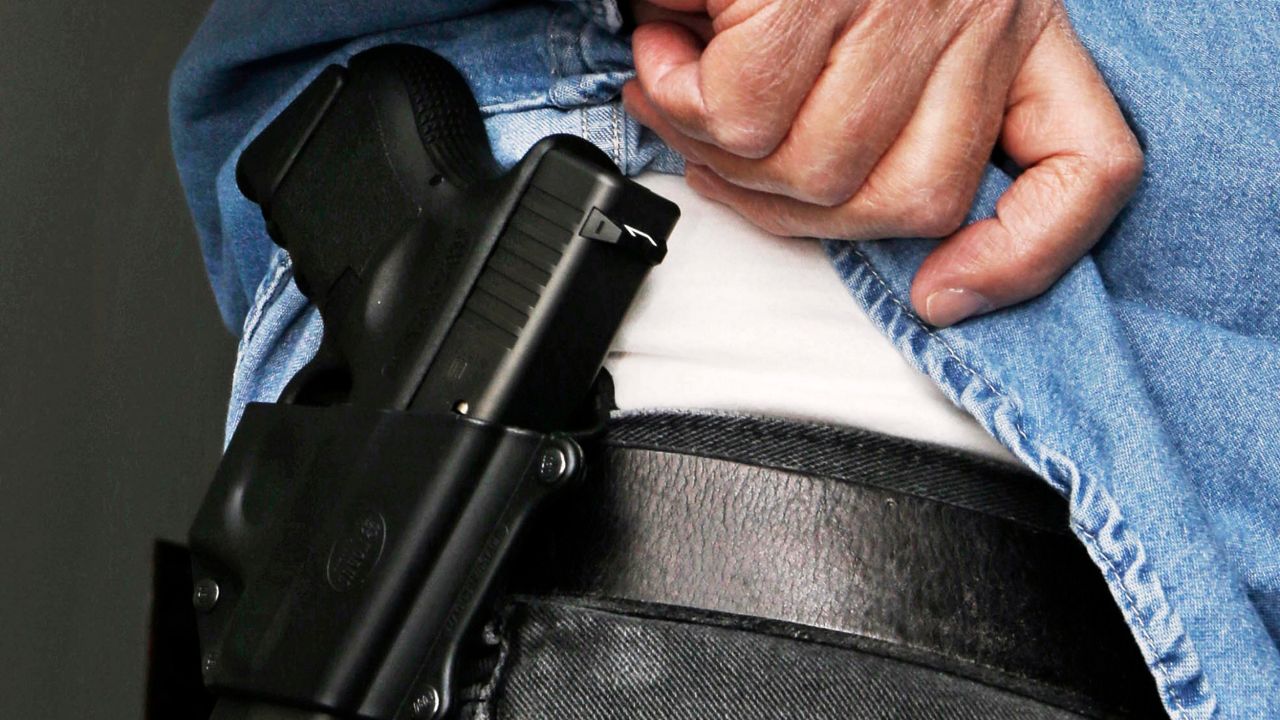 Dr. Robert Spitzer on the future of the Concealed Carry Improvement Act

Dr. Robert Spitzer, distinguished service professor emeritus of political science at the State University of New York, College at Cortland, agrees with Suddaby that the new law has some substantial problems.

“I think there are some elements that open the door to some discretion that’s too great. The definition of 'good moral character' is certainly one area,” explained Spitzer, author of The Gun Dilemma. “The other area…is the idea that applicants need to submit social media information going back three years.”

Under the new law, people applying for a concealed carry permit are required to submit their social media to law enforcement for review.

Spitzer told Capital Tonight that this provision is dubious for a couple of reasons: Not only does he believe there is a question about its constitutionality, but there is also a practical question, he says, about how law enforcement will go about scouring applicants’ social media accounts.

“Social media is used frequently now. It’s used in employment, background checks, it’s used for college admissions. So, the idea is not without precedent by any means, but there are still a number of problems that will need to be ironed out, and I’m sure the attorney general’s office is anticipating more litigation,” he said.

Meanwhile, according to the Associated Press, sheriffs haven’t received additional money or staffing to handle a new application process.

Peter Kehoe, the executive director of the New York Sheriffs’ Association, told the AP the new law infringes on Second Amendment rights, and while applicants must list their social media accounts, he doesn’t think local officials will necessarily look at them.

The legislature enacted the Concealed Carry Improvement Act after the Supreme Court’s decision in Bruen as well as after two mass murders – one at Tops supermarket in Buffalo and one in Uvalde, Texas.

On Thursday, a Buffalo News columnist wrote that he is not convinced that this law, if it had been in place prior to the shooting at Tops, would it have prevented the tragedy.

So now you know: If only New York’s new gun laws had been in effect on May 14, there would have been no massacre at the Jefferson Avenue Tops. Why not? Because it would have been illegal for the shooter to buy his firearm or to take it to a “restricted location” like the supermarket, and that surely would have stopped him.

At least that’s what Gov. Kathy Hochul would have us believe, based on her news conference last week when she cited the Buffalo murders in trying to justify the new restrictions that a federal judge – while allowing them on procedural grounds – has called unconstitutional.

“As to the question of whether the Tops shooting would have been prevented, the true answer is that we really don’t know,” said Spitzer. “However, the shooter did indicate that, through prior communications, that he was planning to do something bad. And he did wait until he was 18 to buy the gun in question, although he modified it in an illegal way.”

Spitzer takes issue with the broader argument that criminals don’t care about the law, calling that logic meaningless.

“In other areas of law, the general response is, ‘well, if the law isn’t working well enough, let’s toughen the law.’ It’s the odd upside-down world of gun politics where people say, ‘the law doesn’t matter,’ and if it didn’t catch a certain criminal then it shows the law is meaningless,” said Spitzer. “And we don’t say that in other areas.”

Regarding the future of New York’s new Concealed Carry Improvement Act, it’s uncertain. Spitzer predicts that the Supreme Court will be inundated with gun cases from all over the country.

“Above everything else, the Bruen case was a green light to bring new challenges to new sorts of gun laws,” Spitzer explained. “New York’s would certainly be among them, but there will be a great many. There’s going to be some kind of winnowing.”

Spitzer said the law’s future may not be determined for years.