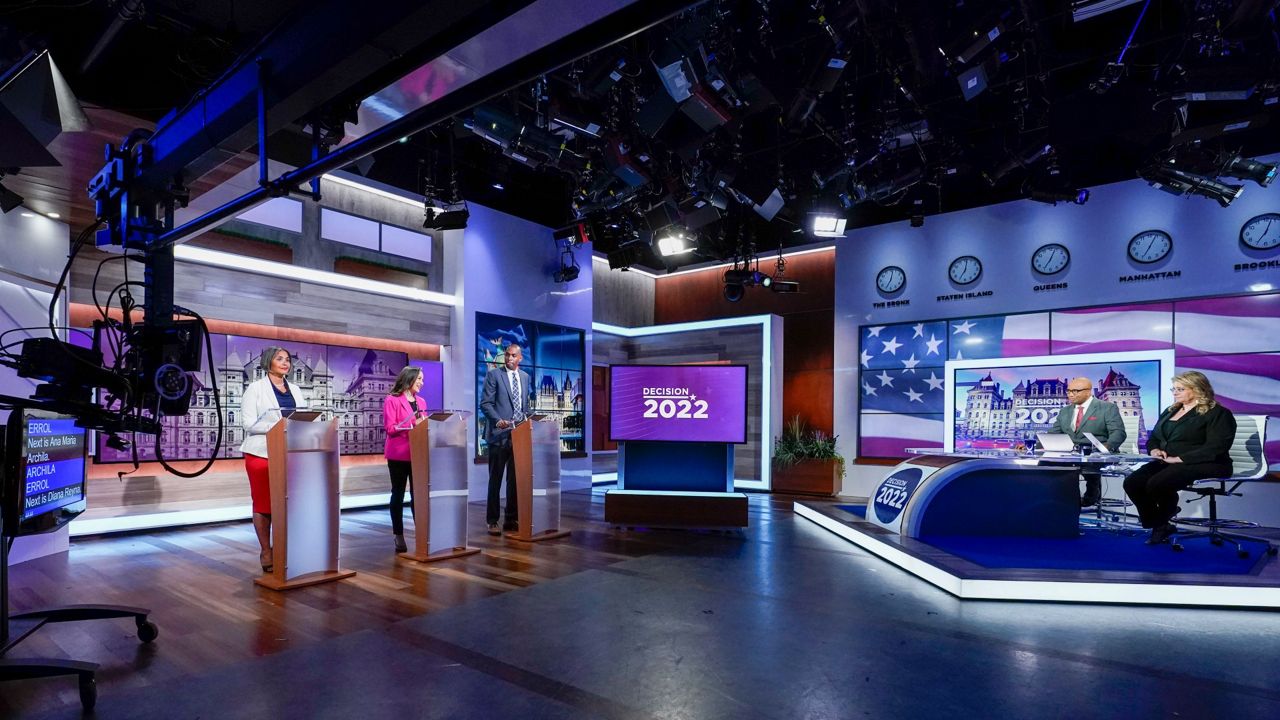 The candidates for lieutenant governor have very different takes on what the job entails.

Ana Maria Archila, who is the running mate of Public Advocate of Jumaane Williams, views it as an activist position. Without naming Gov. Kathy Hochul, who held the position herself until last year, she vowed to do more than sit on the sidelines.

-@DelgadoforNY no one should be jailed for being poor. Judges should have discretion

Antonio Delgado is Hochul’s lieutenant governor, but he hasn’t been on the job very long. He was appointed just last month to replace the outgoing Lieutenant Governor Brian Benjamin, who resigned in a corruption scandal.

Delgado views the governor and lieutenant governor relationship as more of a partnership.

Diana Reyna is the running mate of Congressman Tom Suozzi. A former city councilmember, she pointed to her time as a staffer in Albany to demonstrate her understanding of state politics.

“The opportunities to be able to visit the lobby building, to visit the capitol, visit what would be the different mechanisms of the second floor. The lingo is familiar to me. So I will not be going on there unfamiliar,” Reyna said.

During the 90-minute debate, the candidates were given an opportunity to ask questions of one another. Archila focused on Delgado’s time as a Congressman in Washington when Trump was president.

“In 2019, you voted to send troops to the border. This was in the context of Trump’s policies to separate families. How do you justify those actions?” Archila asked.

“And I voted for legislation in support that would send diapers, hygiene products, health care products, making sure that the folks on the ground had a basic standard of care,” Delgado responded.

When the issue of campaign funding came up, Delgado disavowed any knowledge of a cryptocurrency magnate who supports his campaign.

-@AnaMariaforNY says it should be signed immediately

Candidates for lieutenant governor are voted for separately from the candidates they are running with for governor.

The winners of the primary they run on a unified Democratic ticket against the Republicans in November.