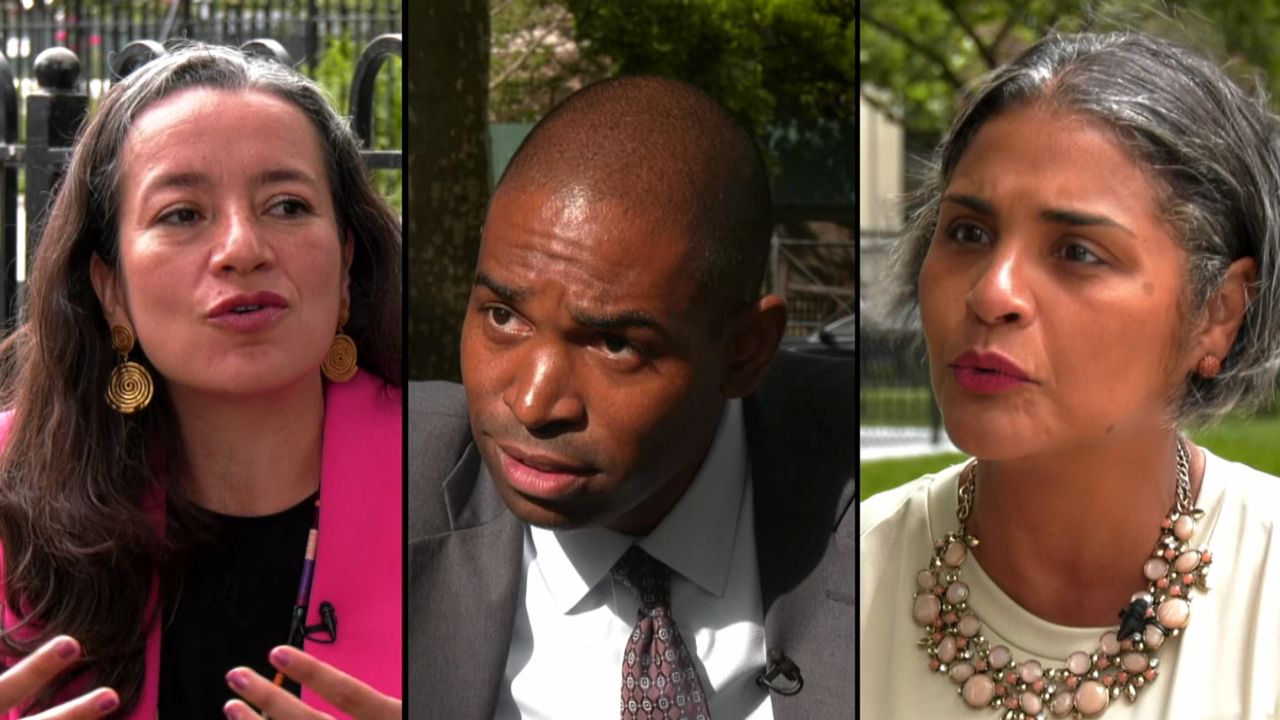 The three candidates for lieutenant governor will share the stage ahead of the June 28 primary.

He was chosen after the previous lieutenant governor, Brian Benjamin, resigned over a corruption scandal.

Activist Ana Maria Archila is running with Public Advocate Jumaane Williams. She racked up a lot of early endorsements, and has done a lot of campaigning on her own without Williams.

And former City Councilmember Diana Reyna is Congressman Tom Suozzi’s running mate. While she has appeared at numerous virtual press conferences with Suozzi, she has done very little independent campaigning.

“Well, certainly it is the first time that now Lieutenant Governor Delgado has been on stage in a debate as lieutenant governor,” says Democratic strategist Chris Coffey. “And he will be the focus, I would think, of the debate. I think both Diana Reyna and Ana Maria Archila are going to be looking to score points against him. They need need to raise their profile.”

So far, Delgado has had the most ads, including his latest one where he appears alongside Hochul.

“This team is working tirelessly for you,” a narrator says in this ad. “Passing new gun laws to make neighborhoods safer.”

Some were critical of Delgado’s foray into the race. Democrats had to change state law to get his name on the ballot after Benjamin resigned. But analysts say it’s the ads that most voters will actually see.

“He’s the only one of the three that is on the air. And at the end of the day, while you and I may be paying attention to the nitty gritty of the lieutenant governor’s race, most people in the state are not. And the way that they learn about the race is by seeing ads, and he is all over the place right now and the other two are not,” Coffey says.

Archila broke out with some early success in terms of securing endorsements from elected Democrats. That momentum has since slowed down a bit.

“Typically in a debate the goal is to define both yourself and your opponent,” says Democratic Strategist Monica Klein. “As Delgado has refused to do any other debates, this is really an opportunity for Ana Maria to talk about who Delgado and Hochul are, and try to convince voters that they don’t want to support them.”

Candidates have just two more weeks to make their case to voters before the primary, though early voting begins this Saturday. There hasn’t been any big public polling in the race, which makes it hard to get a read on which way it will go, and making Wednesday’s debate that much more crucial.