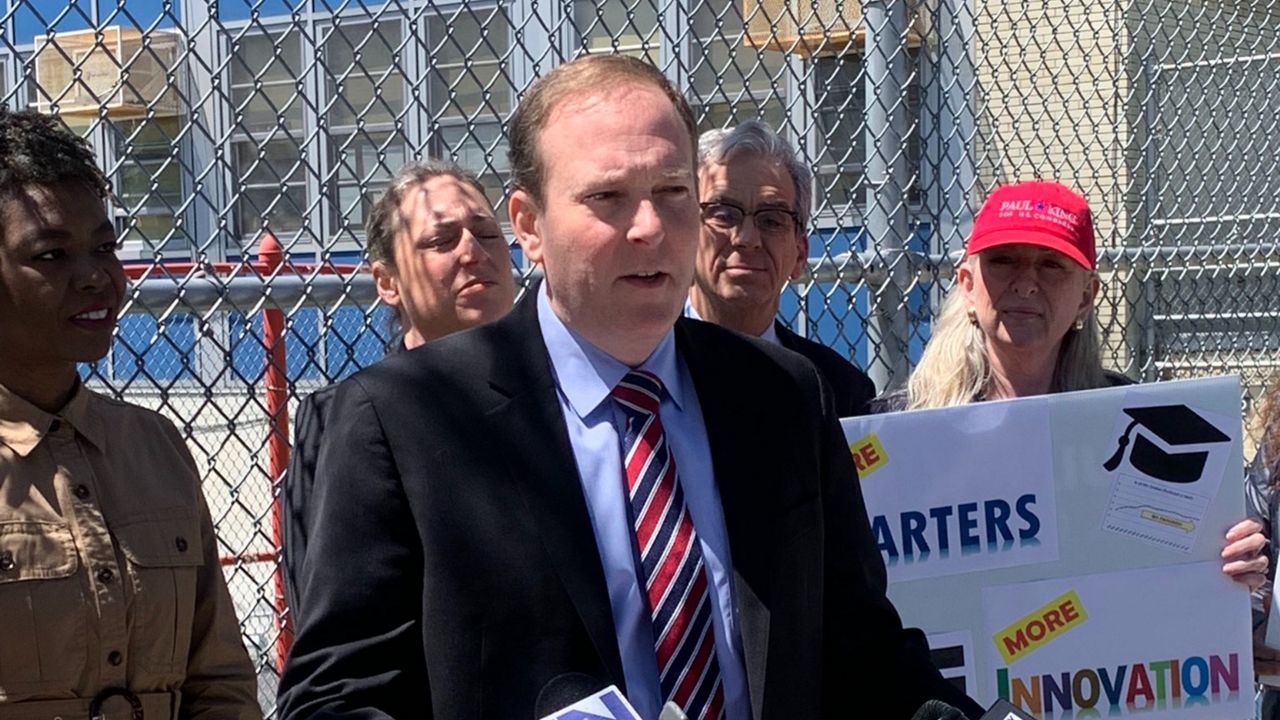 Although he must first get through the primary next month against three other Republican candidates, Congressman Lee Zeldin is already looking ahead to the November general election.

But at a campaign stop in Queens, he spent some time explaining his anti-abortion views, which are out of step with a majority of New Yorkers.

The issue became front and center after a leaked Supreme Court draft opinion revealed the justices are leaning toward overturning Roe v. Wade.

.@leezeldin says regardless of where he stands personally, the law on abortion in New York is clear. “Nothing changes in the state of New York,” he says. Regardless of what SCOTUS decides on Roe v Wade pic.twitter.com/85nuMDsv83

Asked about additional protections for abortion rights that New York Democrats are now considering as a response to Roe v Wade, @leezeldin says the law cannot go much further in New York, because it already allows “Partial birth abortion and non-doctors performing the procedure” pic.twitter.com/Mh8VnRxh6u

Democrats have already begun to mobilize. In Albany, they are talking about passing a package of bills to strengthen the state's abortion rights, and make access to abortion easier.

Zeldin was asked about the Democratic response.

“I think the Democrats in New York are going to try to find ways to go further. You cannot go much further than they have gone already. I mean they have legalized late-term partial birth abortions, and non-doctors performing abortions,” Zeldin said.

In statement, Jen Goodman, a spokesperson for the Hochul campaign said, “Lee Zeldin can’t hide the facts about his own out-of-touch agenda on reproductive rights. Just a few weeks ago, Lee Zeldin made it clear that if elected, he would be an anti-choice governor with an anti-choice health commissioner. This is a wake-up call to what's at stake in New York if Zeldin has his way.”

Zeldin also doubled down on his own remarks, recently obtained by NY1, that he would appoint an anti-abortion health commissioner if elected governor.

“I’m pro-life. And I’m the one running against Kathy Hochul,” Zeldin said.

There is no question that the Supreme Court draft opinion has shaken up the race for governor. While Republicans are hoping to put crime and safety on the ballot this fall, Democrats see a chance to make it all about reproductive rights.