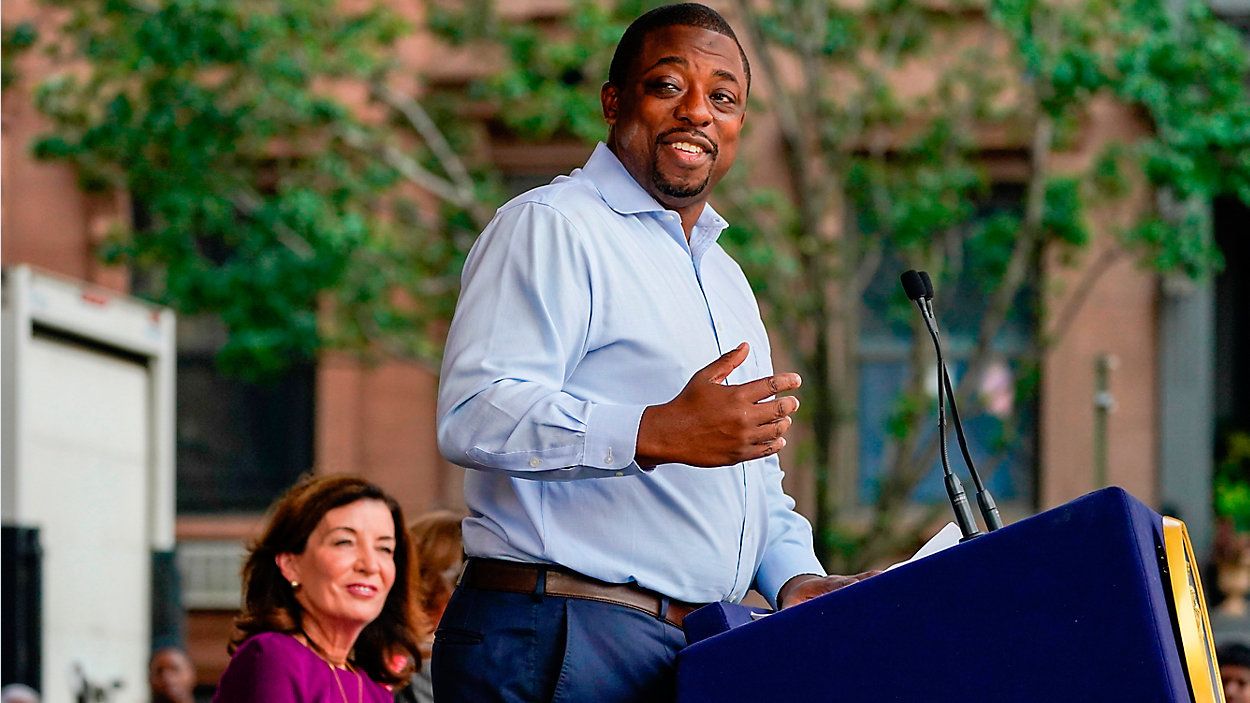 In an outdoor event in Harlem, with Jay-Z’s song Empire State of Mind bumping in the background, New York Gov. Kathy Hochul officially announced Sen. Brian Benjamin as the next lieutenant governor of New York State.

Benjamin, who resides and represents Harlem, will be sworn in as lieutenant governor right after Labor Day.

As someone who previously served as lieutenant governor, Hochul says she knows what it feels like to be marginalized in that role and will look to Benjamin as a partner in the years to come.

“The word partner means something to me,” Hochul said. “Someone who will work side by side in the trenches. Someone who will be out there championing our policies and our administration's agenda in every corner of the state with a real focus on New York City, because New York City needs our help.”

Benjamin is someone who, while in the State Senate, spearheaded policies such as criminal justice reform, affordable housing and tenant protections.

Benjamin says as he looks at the year ahead, he is ready to tackle issues such as the rise in gun violence, getting rental assistance out the door and battling COVID-19.

“We just thought we were getting out of COVID and here we are,” Benjamin said. “We got to put the mask back on, but you know what? We owe it to each other to keep each other safe.”

Benjamin says he plans to follow in Hochul’s footsteps and travel to all 62 counties, meeting with New Yorkers in every corner of the state.

“New York State government has to work,” Benjamin said. “And Governor Kathy Hochul, I will do everything I can to help you and make sure that we deliver for the State of New York.”

There will be a special election for Benjamin’s Senate seat, which will coincide with the general election in November.