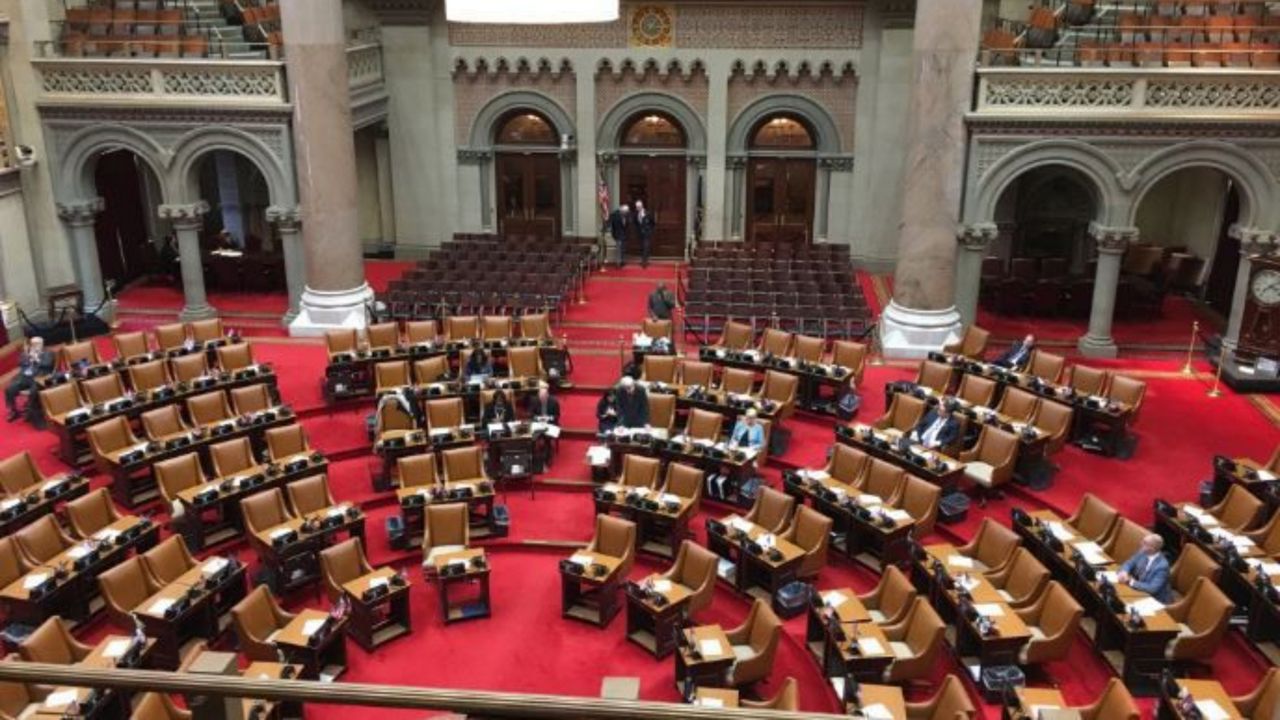 For the first time since the budget was passed over a month ago, some lawmakers will be making the trek back to Albany either virtually or physically.

On May 13, the first joint legislative hearing will be held, examining the impact the coronavirus has had on the economy. But 10 days are all that’s left on the legislative calendar, and the session still has not been held since early March.

Lawmakers on both sides of the aisle are saying, it’s time to go back.

“It was time to go back even a while back. We have a big agenda in front of us,” Senator Jim Tedisco explained.

“If you have a member that can not get their voice heard, it's not just their voice, but its the 130,000 people they represent that are not getting heard,” Assemblywoman Mary Beth Walsh said.

“As this crisis rages on and exposes our City and State's vast inequities, it's more vital than ever to fight for a more just and fair New York,” Senator Andrew Gounardes said. "The legislature must get back to work."

Lawmakers passed the state budget mostly remotely, and have the option to continue to do so. Not only have COVID-19 related bills been introduced this past month, Walsh says there are individual district bills that also still need to get done.

“I know there are a lot of those bills always at the end of the session and I think we owe it to the local communities to come back and do those,” Walsh says.

Senator Tedisco says the legislature also needs to prepare for a potential second wave of the virus and examine the state’s handling of certain issues.

“The economy, the nursing homes, and being prepared for the potential next round of all of this. But we really have to work to incentivize people to stay in New York,” Tedisco explained.

On May 15, a revenue report will come out from the Comptroller’s office, giving state officials a better understanding of how deep of a financial hole the state is in.

Due to a projected $10-15 billion budget deficit, massive budget cuts across the board will most likely be made. Gov. Andrew Cuomo will have control over these cuts, but the Legislature does have the option to come back and make changes if they choose.

Some lawmakers have privately voiced some hesitance to tying their names to potential funding cuts to education and more.

“I’ve heard some of my colleagues say well if there is bad news, let’s let the governor deliver it, but I just don’t agree with that,” Walsh said. “If it’s putting our name on something that’s fine. That’s kind of why I’ve been put in office. You have to take a stand one way or the other as to how these things are going and to be there to represent the people you represent.”

“These are cases that we do have to override the Governor and assert ourselves,” Tedisco said. “There are three branches and this legislative branch is not doing its due diligence. We should have been back in session three or four weeks ago."