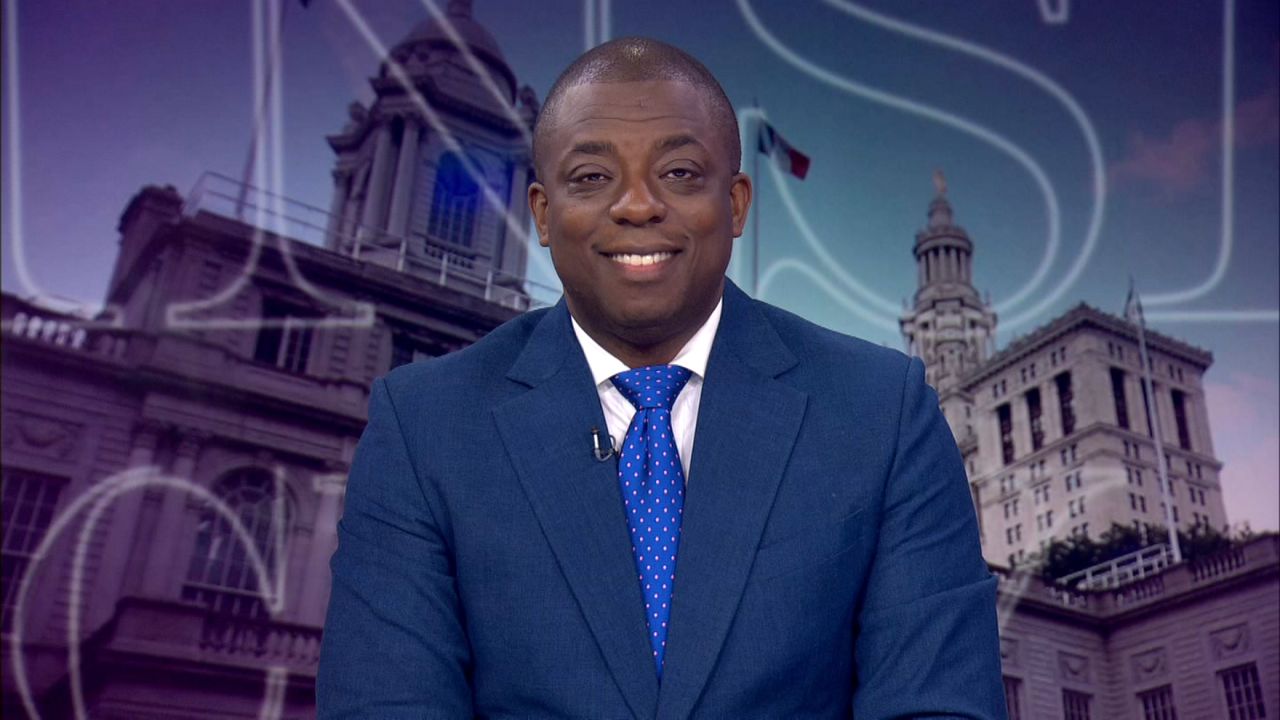 Former Lt. Gov. Brian Benjamin joined Errol Louis on “Inside City Hall” Wednesday — his first television appearance since bribery charges against him were dismissed last month — to discuss what he’s doing now, his thoughts on the future of bail reform and what his plans are next.

Prosecutors are appealing the decision to dismiss the bribery charges. The judge who dismissed those charges did not drop two other charges of falsifying business records.

“I can’t speak much about a legal case,” Benjamin said. “I’ll let that process play out with the lawyers.”

“I wish I had real clarity around the kinds of staff and the people around me who I needed to make sure that I was the best that I can be,” Benjamin added.

Since resigning from the position in April 2022 after his indictment in a bribery scheme, Benjamin said he’s been spending most of his time with his family and loved ones, as well as “really doing a lot of soul searching.”

“Thinking about who I am and what kind of life I wanna live and what is there for me to learn with all the things that have happened to me,” he said.

When asked if he would consider running for office again, he said that he’s not sure what that would look like, but he “can’t leave public service.”

“If the community wants me to be involved, I will be, but I enjoy what I do. I love what I’ve been doing for the last 20 years and I have no intention of stopping,” Benjamin said.

Benjamin said he was born in Harlem, raised in Brooklyn and Queens, went to Brown Harvard Business School and was “able to raise the level of lieutenant governor and then fall from grace.”

“There’s so much that I’ve experienced and I believe that I can take all of those experiences and what I’ve learned to be of use to the community,” he continued.

Although he has a degree in business school, he said he believes that public policy is where people can make a difference.

“I wanted to use my life to be part of helping others get those opportunities, making sure that public policy makes sense for everyone, that we were investing in the right educational programs, that we were holding the government accountable,” Benjamin said. “It’s been an amazing ride, even in spite of the recent circumstances. You know, I’ve seen so much, I’ve learned so much and I have a — I’m sharper than I used to be, to be frank, because I have to be.”

During her State of the State address Tuesday, Benjamin’s former boss Gov. Kathy Hochul spoke of her desire to tackle crime and change some of the criminal justice reforms passed in Albany in the last few years.

In a recent New York Daily News op-ed, Benjamin wrote about what should be done with the impact of reform bills.

On Wednesday, he said the state “did the right thing” passing bail reform, parole reform, speeding trial and discovery.

But Benjamin said one thing they could have done differently was “we could have put in provisions to force analysis and evaluation yearly so that we can get the raw data and the evidence.”​