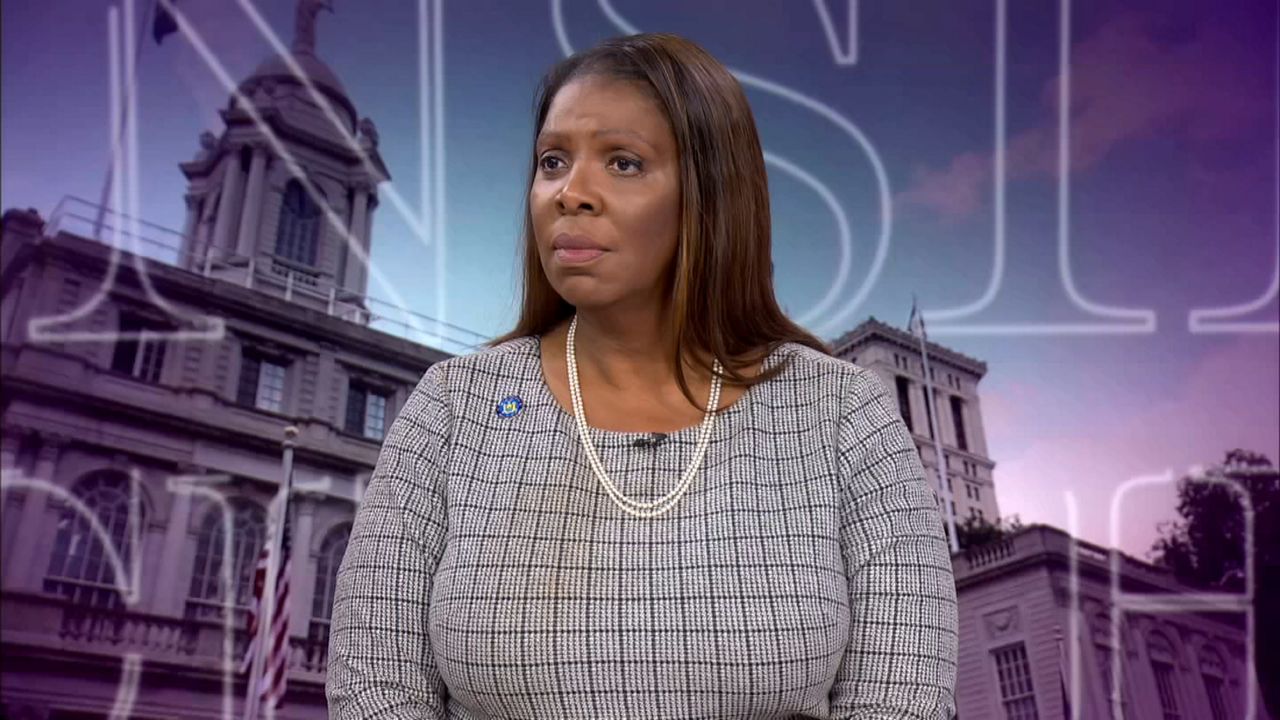 In her appearance on “Inside City Hall,” James said she’s angry at her former staffer while defending how she handled the case.

“I’m angry. I’m angry because he was my chief of staff for ten years,” James says. “Deeply disappointed in him. And there is no excuse for his behavior at all. None whatsoever. I believe these women.”

“I’m angry. I’m angry because he was my Chief of Staff for ten years. Deeply disappointed in him. And there is no excuse for his behavior at all. None whatsoever. I believe these women.”

The attorney general said she has not spoken to Khan, who resigned Nov. 22, since the allegations first surfaced in October.

James also threw cold water on the notion that her office suppressed the information about Khan until after James was safely re-elected on Nov. 8. She even refused to debate her Republican opponent ahead of last month’s election.

“I understand the appearance. But whenever there is an investigation, rarely do we comment on investigations. We do not want to compromise the investigation. And it was very important that we protect the individuals who were involved,” James said.

Two women have accused Khan of harassment, including forcible touching. But so far, no criminal referral has been made to the NYPD or prosecutors.

But this was not the first allegation against Khan. According to a witness, a woman accused him of forcibly kissing her in a bar in 2014, when Khan was working for James, then New York City’s public advocate.

“So that allegation became known to me in 2017,” James said. “And what we did was notify the Department of Investigation, and then the district attorney’s office. And then, in turn, the police department as well as human rights and those allegations were unsubstantiated.”

.@NewYorkStateAG says she “does not know” why she was not informed of a previous harassment allegation against Ibrahim Khan from 2014 until 2017. It was then referred to @NYC_DOI which closed the case after three months.

James also responded to Khan’s statement last Friday, the day he officially left the position, that he was leaving on his own accord, and had planned to do so anyway.

“I think it’s a play on words,” James says. “The reality is that the allegations were substantiated and Mr. Khan is no longer in the Office of the Attorney General. And what we sought to do was limit his access to the office. The investigation was concluded on Dec. 2. He resigned on Nov. 22.”

James begins her second term as attorney general when she is sworn in on Jan. 1. Khan did not respond to additional requests for comment.

.@ZackFinkNews: "We have been learning about things piecemeal" re the sexual harassment allegations against a former top aide to @NewYorkStateAG pic.twitter.com/B7yCkAxFFy